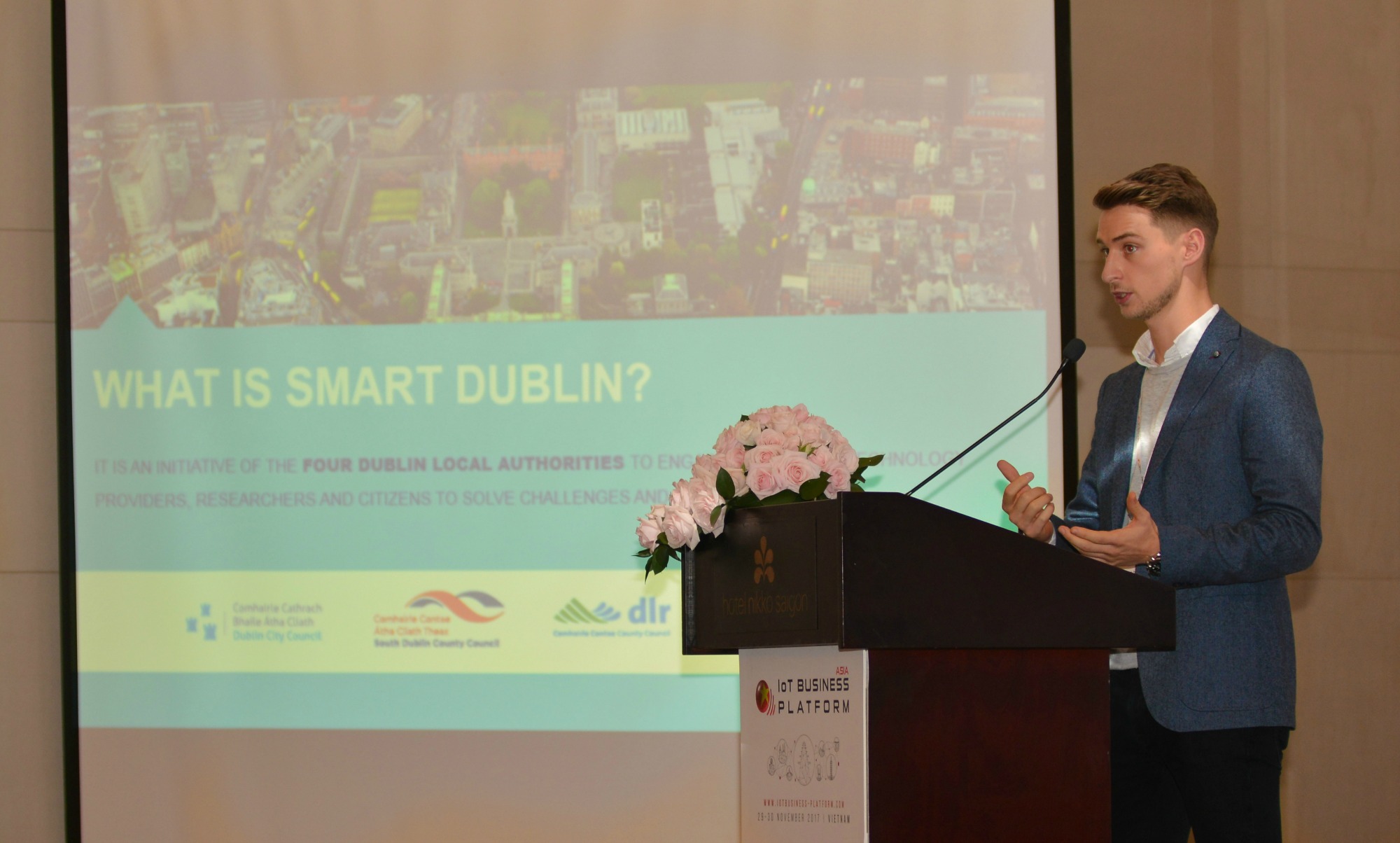 As an invited speaker, Michael was delighted to have the opportunity to speak to over 500 delegates, from more than 100 companies from across the globe, about some of the key IoT innovations that have helped to make Dublin one of the world’s leading Smart cities.

While the topic of Michael’s discussion was ‘Smart Dublin – Collaborations both internal and external’, this highly prestigious and truly global IoT event represented an incredible opportunity for him to share the work ‘Pervasive Nation’ are doing as Ireland’s national IoT test bed.

‘Pervasive Nation’ is Ireland’s IoT Testbed, operated by CONNECT, the Science Foundation Ireland Research Centre for Future Networks. Headquartered at Trinity College, Dublin, its core objective is to build an Internet of Things testbed of scale which ultimately becomes a resource for industry, government, and academia in the areas of research and innovation.

Dublin, as Michael’s talk alluded to, is the perfect testbed for IoT innovations simply because of its size: as a city of just under 2 million people, it is both big enough and small enough to be the ideal location in which to pilot new city services and IoT solutions.

But Dublin’s success as an IT innovation hub, on a global scale, cannot just be attributed to its small size. In reality, it’s the result of a combination of different factors. For example, it’s now home to 9 of the world’s top 10 global software companies, it’s ranked as the world’s third best city for innovation and is #7 on the list of Europe’s top 15 biggest startup cities.