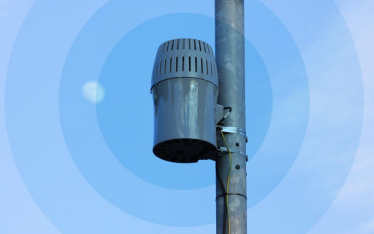 In today’s world, the criticality of competent connectivity cannot be underestimated. It has become the lifeblood of the economy, facilitating an array of invaluable use cases, from remote working to e-commerce and, even, education.

This level of criticality is even greater in the context of a smart city. After all, a city cannot be “smart” if it is not connected. The fundamental commonality across sensors for waste management, river level and air quality monitoring is the need for a medium to transport data – fixed and wireless broadband networks.

Dublin City Council has long recognised the importance of future-proof connectivity for Dublin and its citizens. In 2017, this recognition manifested itself in the publication of a Prior Information Notice (PIN) with Smart Docklands. The PIN document served as a vehicle for engagement with the telecoms market in Ireland, seeking to understand how gigabit-class connectivity could be achieved in the city.

While there were responses from twelve different companies, the council ultimately decided to partner with Dense Air. This collaboration between a local authority and a wholesale cellular neutral host provider was among the first of its kind in the world, leading to the creation of a state-of-the-art 5G testbed in the Docklands.

Traditionally, cities across the world have played a passive role in facilitating the deployment of wireless networks within their territories. In most cases, this role is limited to reviewing and accepting planning applications for the installation of antennas and associated telecoms equipment on rooftops and lattice or monopole structures.

The lack of coordination between mobile operators and local authorities has produced a number of unfavourable outcomes for citizens. Perhaps the most pertinent example of these unfavourable outcomes is the existence of a digital divide, whereby there is inequality of opportunity in locations that are underserved by the telecoms industry.

When Dublin City Council embarked on its assessment of connectivity within the region, it quickly became clear that much of the shortcomings in terms of network quality could be attributed to the challenging economics faced by mobile operators. With stagnant or declining revenues, increased capital investment in network infrastructure was, and still is, not viable.

The emergence of 5G, or the next generation of wireless networks, only exacerbated the challenge – both from a financial and physical deployment perspective. In order to deliver a significant increase in network capacity and end-user performance with 5G, mobile operators need to deploy spectrum in higher frequency bands.

Unfortunately, the utilisation of such spectrum introduces a major drawback – reduced propagation distance. If mobile operators are to provide contiguous 5G coverage across cities, both indoors and outdoors, they need to deploy more radio sites and in much greater densities. The only way to achieve a high level of network density is to radically reduce the size of these sites (referred to as small cells) so that they can be installed on street furniture such as lighting assets, bins and bus stops.

The council’s assessment of 5G and the feedback from the PIN document prompted the realisation that it would need to play an active role in facilitating future deployments of wireless infrastructure in the city. With ownership of the very assets required for small cell deployment, it could become an enabler. 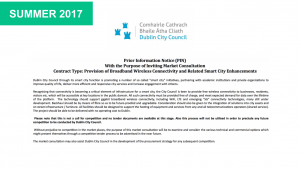 The selection of Dense Air as a partner was based on the potential of its neutral host proposition, which is a neutral platform that leverages dedicated, licensed spectrum to cater to the capacity and coverage requirements of multiple mobile operators in a single physical deployment.

From the council’s perspective, Dense Air’s business model of active equipment sharing was most congruent with its own aspirations for the city – to enhance connectivity in a way that would treat all commercial operators equally and, at the same time, minimise visual pollution and urban disruption.

It was envisioned that the partnership would enable the council to better understand how it could leverage its existing portfolio of assets for small cells, and to address challenges that typically arise during the planning, design, deployment and operation phases of such deployments.

The key output of the partnership between Dublin City Council and Dense Air was the creation of a state-of-the-art 5G testbed in the Docklands. The trial network is composed of twenty outdoor small cells, mounted on street furniture such as poles and traffic lighting columns. In addition, ten indoor small cells were also deployed in locations such as The CHQ Building. 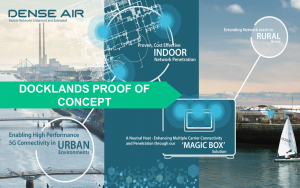 A number of challenges including access to power, backhaul (fibre) and planning policies were encountered during the deployment stages. This required coordination with third parties such as ESB Networks and Novegen, and has provided the council with valuable insights that will guide future deployments of small cells in the city.

Other learnings gained from the testbed include an understanding of the optimum number of small cells that would be required to cover an area the size of the Docklands and the use cases and applications that this network could enable. It is evident that the network density that will be required in the future is immense, and that small cell deployment models such as neutral host will be critical to reduce visual pollution and urban clutter. 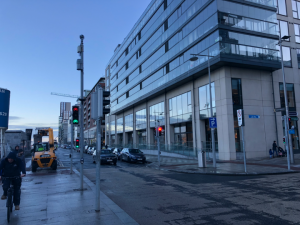 The testbed continues to inform the council’s connectivity plans. Recently, a telecoms lead was hired to streamline the planning application process for telecoms equipment in the city and to better coordinate with mobile operators and infrastructure providers to understand their future deployment plans.

A drone-related research study is currently in the early stages of planning. This will leverage the trial network in order to assess data transfer performance and future applications for drone technology.

The two-year pilot deployment in the Docklands encompassed a partnership between Dublin City Council, Dense Air and CONNECT – the Science Foundation Ireland (SFI) Research Centre for Future Networks and Communications.