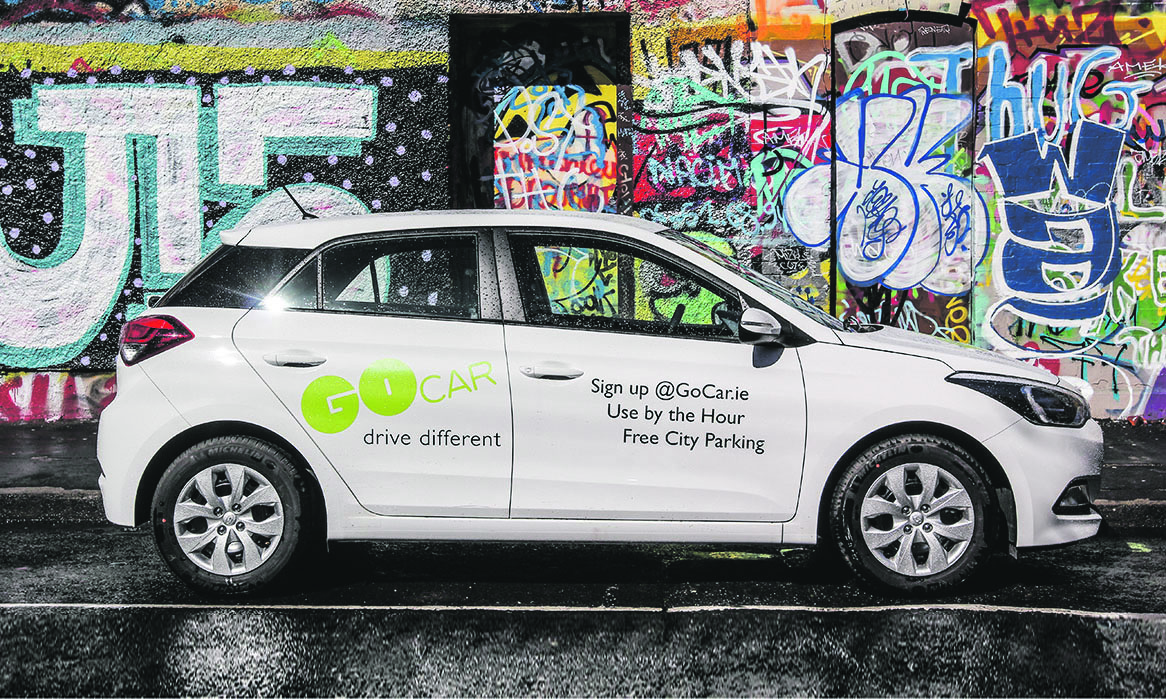 Founded in Cork in 2008 and a fast-growing presence in Dublin City since the launch of the first ‘GoCar base’ in 2010, GoCar is the motoring equivalent to the Dublin Bikes Scheme: Just book your car online, hop in, take the keys, and Go.

Dublin City’s ‘GoCar’ scheme is a critical part of the sharing economy in the city. It is a real-life example of “mobility as a service”, and a critical element of Dublin’s drive to become the world’s best smart city.

Designing and encouraging smart alternative transport options is a critical element of the smart city concept, and the GoCar scheme has been a game-changer in this regard.

Why? Because as Ireland’s first car-sharing initiative, not only does it contribute to sustainable transport – resulting in lower emissions – it also gives all of the benefits of car ownership without any of the associated costs.

It couldn’t be simpler:

1. Register online at www.gocar.ie and receive your GoCard
2. Book a car (select the time and the station you want to collect it from)
3. Swipe your GoCard over a reader (visible from the windscreen) to open the car
4. Enter a unique PIN into a handheld device which holds the key inside
5. Drive away just like you would in any car!

Although the concept of smart, alternative transport is a phenomenon that’s still fresh, young and emerging, already the ‘Go Car’ project has been an enormous success in Dublin and Cork as these facts and figures illustrate:

E-Mobility as a Service

As GoCar has developed over the last few years they have increased the size of their fleet quite dramatically. In-line with the Smart Docklands focus on reducing emissions and energy usage in the district, GoCar have now added several electric vehicles.

*Find out more about Go Car at www.gocar.ie