One of the biggest climate related issues Dublin is facing is flooding. Climate change has already caused a major increase in extreme rainfall and as a coastal region, the city faces further flooding risks due to rising sea levels. More extreme weather events are occurring in shorter spaces of time, leading to pressure being put on existing flood prevention measures, such as gullies and storm drains.

Initiated in 2018 as part of Horizon 2020, the OPERANDUM project aims to find nature-based solutions to human-induced climate change around the world. The four year long project is being led by the University of Bologna and there are over 20 partners, mostly in Europe, involved. The project has led to the set up of ten ‘Open Air Laboratories’, regions where nature-based solutions are developed and deployed, around the world in order to tackle major environmental issues like flooding, drought and coastal erosion.

The Dublin Open Air Laboratory managed by Dublin City Council and University College Dublin is concentrated in Ringsend, particularly around the highly sloped River Dodder catchment area. This area was chosen as the Dodder flows through many urban, rural and residential areas and it experiences high levels of flooding with a high impact on citizens across Dublin.

What are our objectives?

The aim in the Dublin Open Air Laboratory is to work with citizens to co-develop nature-based solutions to help alleviate the effects of increased flooding in the city. The development of models that simulate climate change projections will aid in predicting the impact of the proposed solutions on Dublin City and on Dublin City Council’s flooding operations.

How are we working towards our objectives?

Research trials in recent years have seen over one hundred sensors deployed in Dublin. Building on this work, OPERANDUM researchers are seeking to identify technologies that could support the creation of a denser, more reliable and lower cost sensor network for the city. This involves publishing data sets previously generated by low-cost sensor trials on Dublinked, Dublin’s open data platform, and understanding the use of LPWAN for environmental sensing.

Screenshot of daily rainfall from the ZiggyTec dashboard

Together these tools allow researchers to determine where the main gaps are in the current sensor network and identify the most suitable locations for new installations to monitor more of Dublin’s rainfall and water levels, which are key to building an ecosystem approach to flood warning systems and flooding. To date we have identified geographical gaps in 14 locations across Dublin and partnered with an Irish IoT company, ZiggyTec, to deploy rainfall sensors on the Sigfox LPWAN network.

Through workshops run with local community groups in Ringsend, it was discovered that the amount of ‘grey space’, areas where water or rainfall is not absorbed when it falls, is a problem in the Ringsend area. ‘Grey space’ includes buildings, roads and other infrastructure where rainfall ‘runs-off’ and spills straight onto streets and eventually into nearby water bodies. Working with citizens to keep local experience and expectations at the forefront of identifying a solution, the OPERANDUM team began working to turn ‘grey space’ into ‘green space’ by transforming building roofs into green roofs.

OPERANDUM is also working alongside residents for support in collecting the necessary local data to develop nature-based solutions for the area. A ‘citizen science’ workstream is currently underway, which will give citizens the opportunity to co-monitor the types of weather events that lead to flooding incidents. This citizen-generated data will again be made available on Dublinked, increasing the amount of open data available for further climate research. 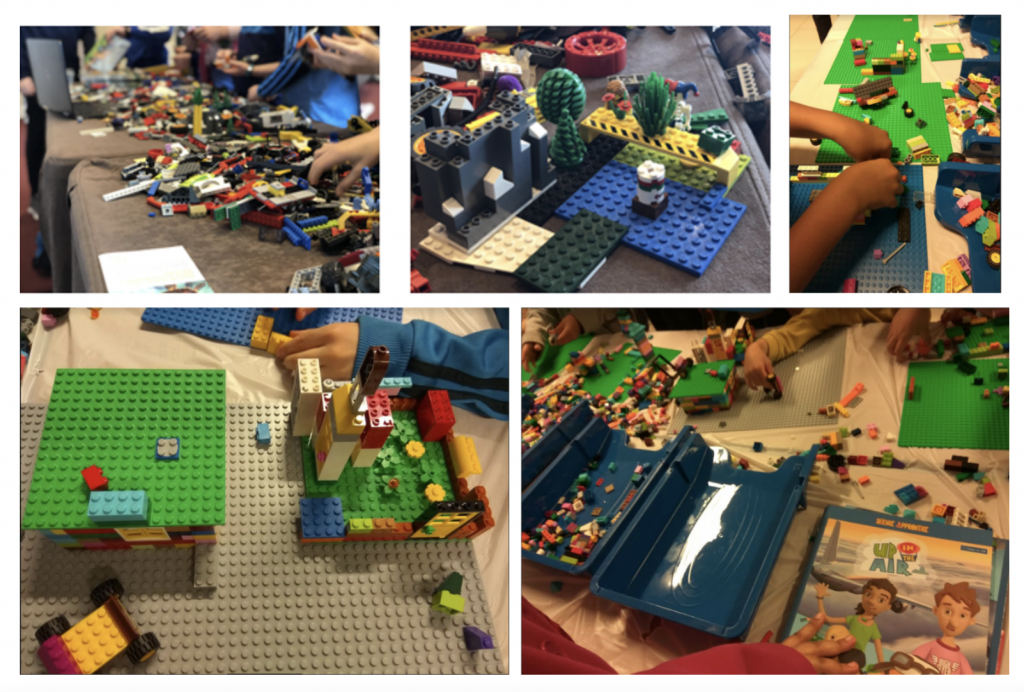 Getting hands-on at an OPERANDUM community workshop

Green roofs or rooftop gardens are a way of increasing the amount of rainfall that can be absorbed before it falls onto the streets. This alleviates pressure on the existing flood prevention mechanisms around the city, such as gullies and storm drains, thus decreasing the need to install further ‘grey’ infrastructure.

Based on community insights and recommendations, construction has begun on a green roof on top of the CHQ building in Dublin’s Docklands, in partnership with Dogpatch Labs. The data gathered from this green roof will allow for a predictive model to be built to assess the potential impact of this intervention in current and future climates. Creating this pilot will also help to ensure the green roof solution has an impact on alleviating flooding before further investments are made into scaling the solution across the city.

More information on Open Air Laboratories across the world and activities relating to the OPERANDUM project can be found at OPERANDUM-project.eu.